5 Grooming Tips for Men You Should Know

Guys who groom - we like the sound of that! Men have practiced grooming and self-care routines since the beginning of time, but the boys are really having their moment in the beauty industry.

When Ryan Reynolds gives an interview to GQ about his top grooming tips, and Chris Hemsworth admits to stealing his wife’s moisturizer - you know it’s time to break out the skincare essentials.

With grooming products such as brow pencils, face masks, moisturizers and more made especially for men, it’s never been easier to create your own custom grooming routine. Read on for our top 5 grooming tips every guy should know! 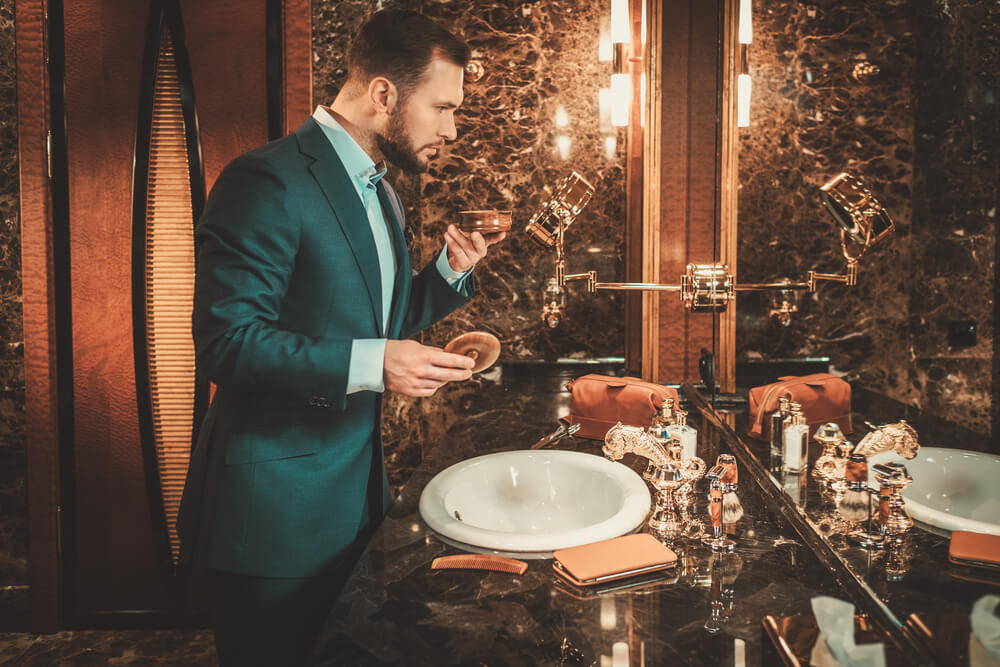 1. Tinted Moisturizer is Everything

It happens to the best of us. You wake up on the morning of a big date with a massive breakout, or dark circles under your eyes from the all-nighter you just pulled getting ready for a work meeting. Lots of guys want to cover skin imperfections without ultra-heavy coverage, and there’s no better beauty product for men than tinted moisturizer.

Not only does tinted moisturizer provide skin with intense hydration, sun protection and anti-aging benefits, it’s basically a real-life Instagram filter. The lightweight texture covers redness and dry patches and instantly smooths the skin’s surface, without making it look like a man is wearing makeup. Don’t get us wrong, we’re all about guys dipping into the foundation and concealer - but tinted moisturizer is the ideal solution for stunning yet subtle coverage.

Countless studies have shown the importance of eyebrows. They’re one of the most defining features on your face, and have the ability to either make or break your look. However, brow grooming for men is a much simpler game. You don’t need 10 beauty products and a YouTube tutorial from an influencer to get beautiful brows, just a good brow pencil!

This beauty product for men is a lifesaver - especially for the guys with blonde brows or lots of sparse, dry patches. Filling in your brows goes a long way, but technique matters too! For instance, adding color to the peak of the brow creates height and definition, and positioning the brow as close to the eye as possible makes eyes pop and gives brows a natural look. Men who use brow pencils end up with eyebrows that are strong, stylish and sophisticated - just like you!

Beards are all fun and games until they’re long, untamed and full of last night’s dinner. Just like the mane on your head, the one on your face should be properly groomed and maintained. You know all the memes on social media about how a beard can make a guy look ten times better? Even if they’re a bit sassy, they’re 100% legit.

Beard oil is one of the most underrated grooming products for men out there - working like conditioner to soften coarse hair, moisturize the skin underneath and tame your beard to make it more easily groomed and styled. This product is especially helpful for the boys with ultra-long hipster beards, as all that hair can easily irritate the bottom half of your face. A solid skincare routine, consistent application of beard oil and regular trims will keep your facial hair looking sleek and sophisticated.

If you’d like to make your beard look a bit more full… look no further than brow products! Just choose your correct shade of brow powder and apply to the patchy areas to add volume.

Men's skin tends to be thicker than women. A major reason for this is collagen production, men simply produce more than women. 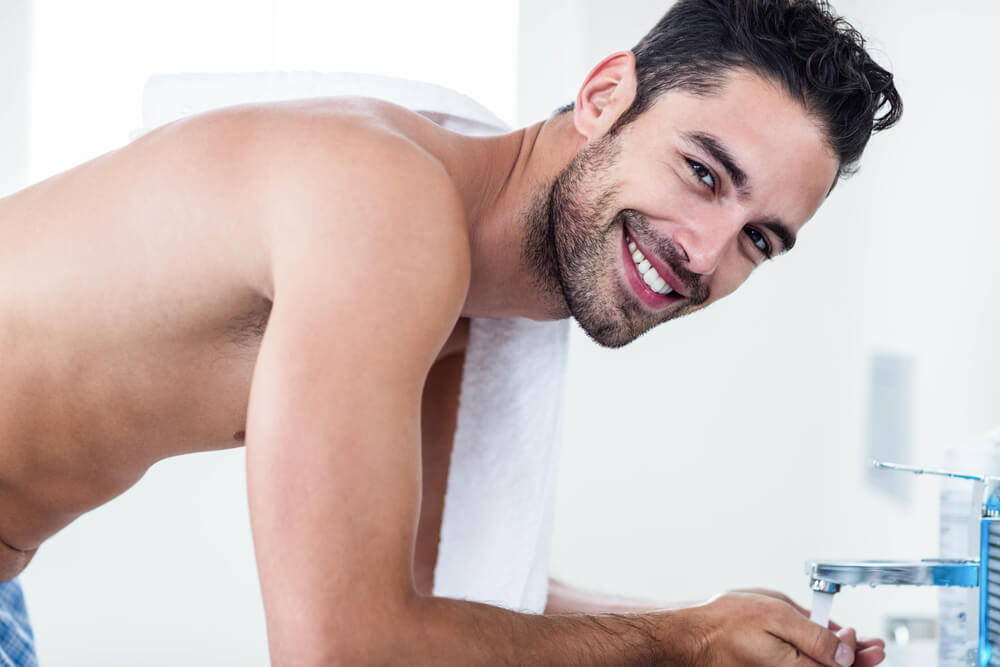 Guys need self-care too! There are few things more relaxing than kicking back, lighting a few candles and watching Netflix with a sheet mask on. Just 10-20 minutes of masking will leave guys with softer, smoother and clearer skin. The best part? You can even share a set of sheet masks with your girlfriend!

Did you know that men’s skin is 25% thicker than women’s? This means that they have larger pores that secrete more oil, which is why there’s now a variety of sheet masks available made just for men! Since every man’s skin is different, there are masks to tackle any issue. Hydrating, brightening, exfoliating, anti-aging… you name it.

If they’re good enough for Cristiano Ronaldo and Chris Pratt, they’re definitely good enough for you. Grab a sheet mask and treat yourself to a night of skincare and self-care!

We’ve all seen it in sitcoms and comedy films - the lone man at a nail salon or spa, gossiping with a bunch of women as he’s getting pampered. This is becoming less of a comedy trope and more of a regular occurrence for a lot of guys, and here’s why.

Manicures are as much for convenience as they are style, as men who live active lifestyles - such as a physical job or those who love to work out - should keep their nails at a reasonable length for safety purposes. Those with long nails can cause cracks, irritation, and bruises to their hands and nails - in addition to letting dirt and debris build up under the fingernail.

The best solution is to clip your nails regularly to a reasonable length, and don’t be afraid to file. If you’re not into that, you can always go and get a mani-cure! Don’t worry about being judged, as there’s tons of men who like to treat themselves. We’ve all heard the insult “man hands,” but it will be a compliment after you’ve groomed your nails!

Designed exclusively for men, Gentlehomme Tinted Moisturizer is a moisture-based liquid bronzer that penetrates gently into the skin without stickiness, offering a natural-looking and elegant look. This premium moisture, blendable liquid formula provides an easy-to-use application in order to create an alluring natural tan.

Gentlehomme Tinted Moisturizer is more than just a moisturizer. It will give you the natural looking tan at any time of the day or night. It sinks into the skin easily and blends in with a matte finish.

This premium moisture, bendable liquid formula provides an easy-to-use application in order to create an alluring and natural tan. Gentlehomme Tinted Moisturizer will nourish and condition thirsty dried out skin and give you a refreshed feeling.

By following these men’s grooming tips, you’ll up your game in no time. And not only that, but you’ll be taking care of your facial skin, which happens to be some of the thinnest skin on your body. Don’t neglect yourself anymore; treat yourself! Men have the right to take care of themselves just like women.